Maria was an 11-year-old fifth grader whose mother had concerns about her school performance, particularly in reading and spelling. Maria’s mother and teacher both rated spelling as Maria’s lowest area on the Student Language Scale (SLS). Maria rated herself lowest in “understanding a story when reading.” Her TILLS profile is shown to the right.


TILLS confirmed Maria’s difficulties: her identification core composite was 26 (compared to 34, the cut score for her age group of 8- to 11-year-olds). Maria’s TILLS profile also shows she scored notably lower on the sound/word composite (standard score of 80), which is more than one standard deviation below the mean. But Maria also had many strengths. Consider her higher score on the sentence/discourse composite (standard score of 106), which is above the mean and within normal limits.


This pattern is consistent with diagnosis of a language/literacy disorder—specifically dyslexia. It also was consistent with information gathered with the TILLS-SLS. Maria’s situation is similar to many other students who have dyslexia, but whose sentence- and discourse-level strengths mask their difficulties. In Maria’s case, she was able to use her unusually strong sentence comprehension abilities to perform above average on the Reading Comprehension and Listening Comprehension subtests. At the same time, Maria’s concerns about her reading comprehension difficulties needed to be taken seriously.


One obvious clue to explaining this apparent discrepancy came from Maria’s low scores on tasks requiring word-structure knowledge (i.e., Nonword Reading, Nonword Spelling, and the Written Expression–Word score). Such problems would interfere with figuring out new words in complex texts at a fifth grade level and above. The more surprising clue came from Maria’s difficulty on the Vocabulary Awareness subtest, particularly her lack of semantic flexibility in identifying a second pair of words after identifying the first pair. Semantic limitations could be contributing to her reading comprehension concerns. This has implications for intervention, suggesting a need to help Maria make connections between word structure and word meaning. For example, learning to parse words such as hypothermia into their morphemes (hypo = lower and thermia = referring to temperature) could help Maria with her spelling challenges. Rather than simply trying to memorize words, she could reconstruct them using her combined knowledge of word structure and word meaning.


The quadrant profile below sums up the strengths and weaknesses Maria demonstrated. Maria’s language/literacy difficulties may be confusing to her and others because they involve striking weaknesses in word structure knowledge, surrounded by strengths in sentence/discourse level skills in both oral and written language. This pattern is sometimes called “twice exceptional,” because it combines a pattern of disability with elements of giftedness.


To minimize frustration and maximize success, Maria needs to learn how to take advantage of her gifts and strengths while improving her word structure knowledge and semantic flexibility. The TILLS examiner made the following recommendations based on Maria’s test results:

Assessing Maria’s skills and needs with TILLS uncovered complex, specific challenges that might have remained a mystery otherwise. The test helped point the way to the right interventions—and with effective supports in place, Maria’s overall prognosis for school success is strong. 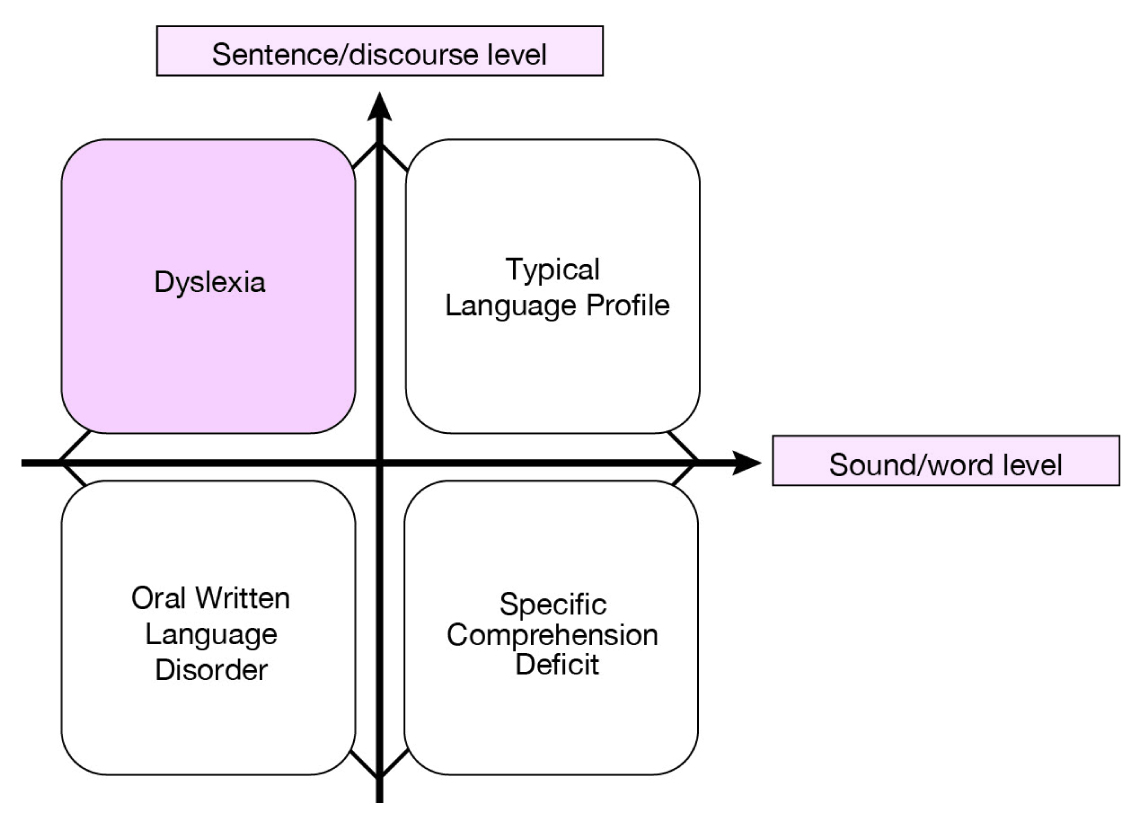 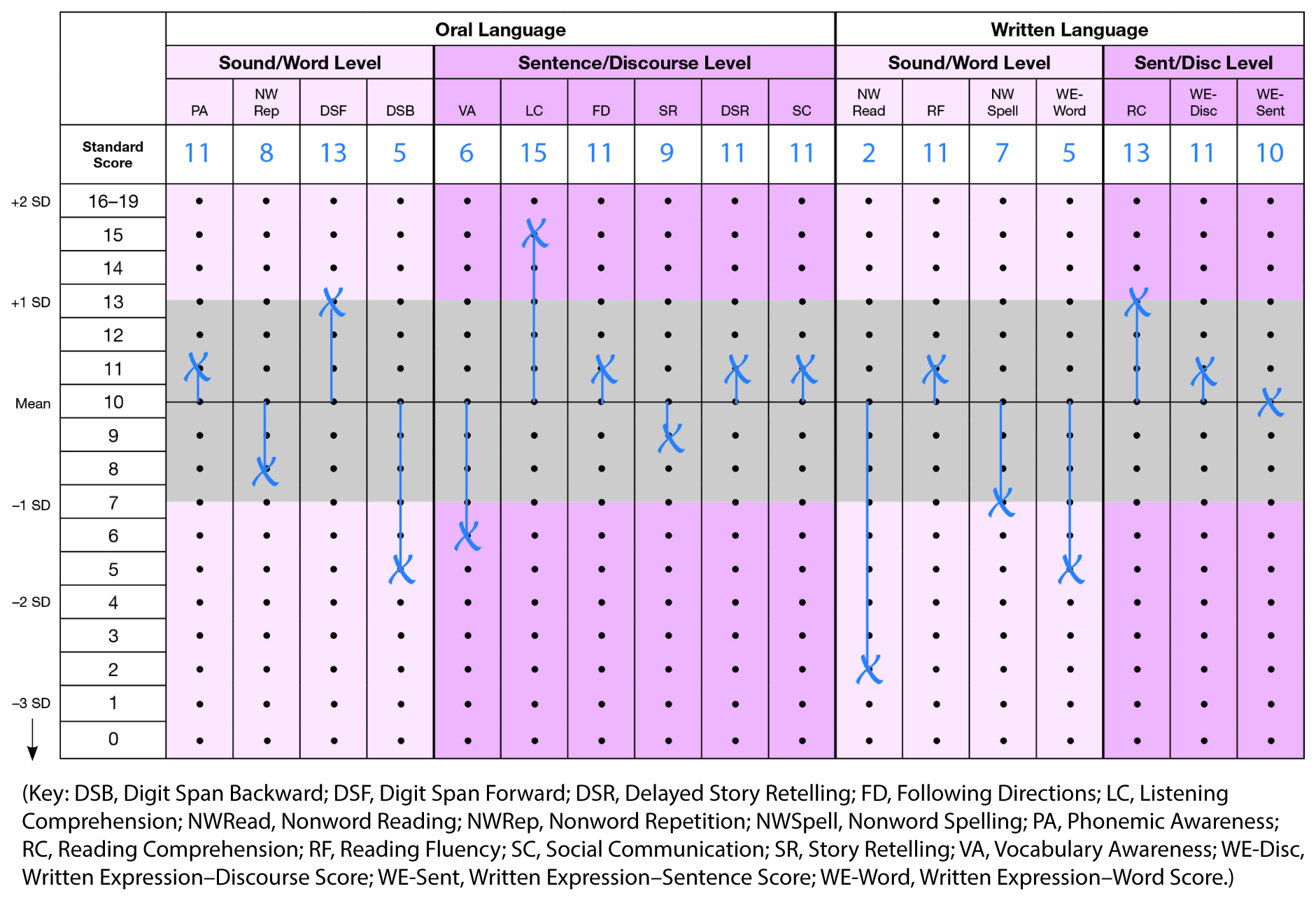