Robert was a 17-year-old tenth grader who had been diagnosed with language impairment at 3 years of age. He’d been homeschooled for most of his life by his mother, who held credentials in teaching and special education. Robert’s mom wanted to know how his oral and written language skills compared to skills of typically developing students his age, so she had him tested with TILLS.


Robert’s TILLS results revealed evidence of an ongoing primary language disorder. To the right is his quadrant profile. Robert fell into the lower left quadrant, showing difficulties in both sound/word and sentence/discourse skills, but with some areas of relative strength at the sentence/discourse level (in Listening Comprehension, Reading Comprehension, and Written Expression–Discourse).


Robert’s mother attributed his relatively higher scores on Listening Comprehension and Reading Comprehension to the work they’d done with a program targeting sight word recognition and listening and reading comprehension. But she was surprised to see Robert’s low scores on the Vocabulary Awareness, Phonemic Awareness, Nonword Repetition, Nonword Reading, Nonword Spelling, and Written Expression–Word score subtests. You can see these scores in Robert’s TILLS profile to the right.


Robert’s TILLS results indicated that he still had progress to make. He needed to keep working on vocabulary and discourse-level meanings, especially in the oral modality and in following directions. Robert’s low scores on the Story Retelling and Social Communication subtests also pointed to sentence/discourse-level difficulties.


On the other hand, Robert’s sample from the Written Expression subtest was a bright spot, and more consistent with his higher scores in Listening Comprehension and Reading Comprehension. Robert’s writing sample (shown below) demonstrated that he’d grasped the central problem and facts in a story about an old building. (This was reflected in his above-average score for Written Expression–Discourse.)


Knowing that Robert had relatively strong written expression skills helped his mother formulate a plan. She had him write about his curricular assignments to help him solidify his knowledge about word meaning and structure. This strategy would help him achieve Grade 11–12 Common Core curricular standards: To write informative and explanatory texts to examine and convey complex ideas, concepts, and information clearly and accurately through the effective selection, organization, and analysis of content.


Robert’s mother also had him read and discuss stories with a strong narrative structure. This provided a context for working on his vocabulary and comprehension skills in both oral and written modalities, helping him move toward the Grade 11 curricular standard: To read and comprehend grade-level literature—including stories, dramas, and poems—proficiently, with scaffolding as needed.


Robert’s situation illustrates how important it is to take a step back occasionally and recognize the big picture when you work closely with a student for many years. TILLS helped Robert’s teacher-mother do just that, providing the clear and comprehensive picture her own assessments missed. The test highlighted not only Robert’s remaining areas of need, but also specific strengths that she could capitalize on when designing successful interventions for him. 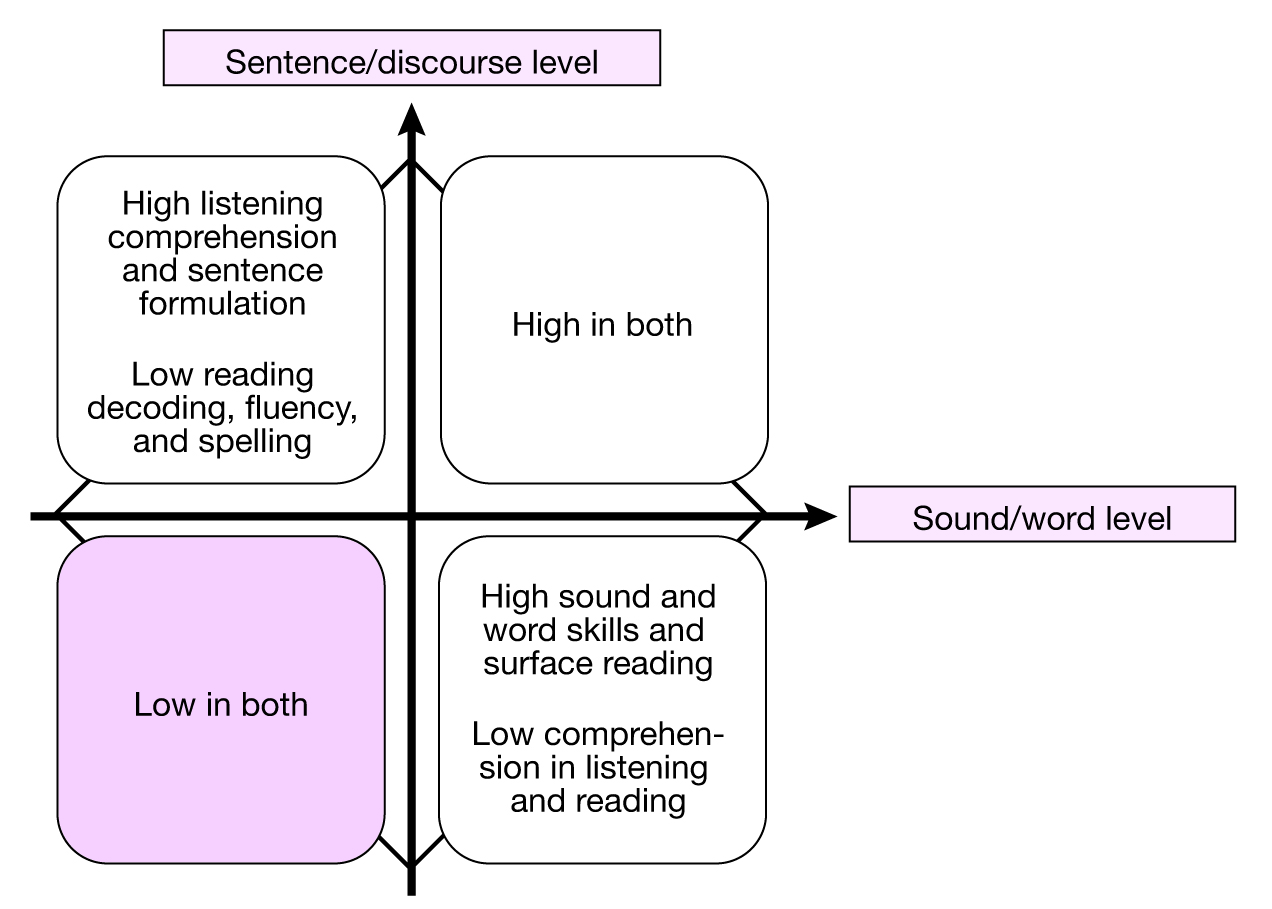 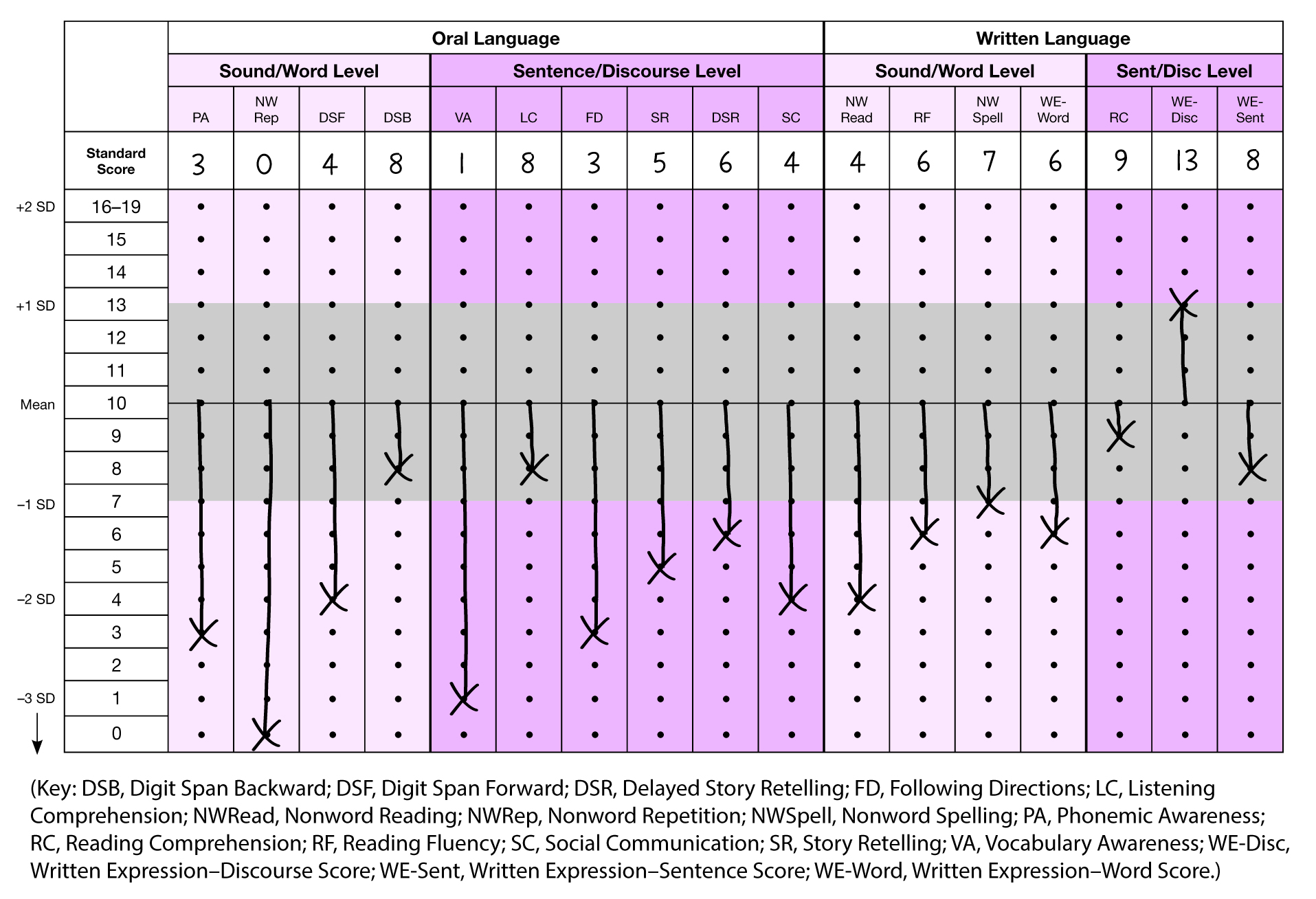